Children love telling stories about the whimsical adventures of fairies... That’s because children don’t know that most fairies are spiteful jerks. And in the world of spiteful fairies there are few names spoken of with more contempt than Mireska Sunbreeze.

Born to a fae merchant king, Mireska grew up in Revtel; a cutthroat nation where manipulation and murder were the norm. But while she was quite adept at navigating the etiquette, unspoken laws, and social rituals that permeated every element of her life, she found the whole thing rather boring.

So, Mireska did what most rebellious children do: burn down her family estate and set off with her pet wisp Jex to live the life of a wandering grifter.
Model and texture files
Use the hero model to see your item in context. Download Dark Willow model
Item slots and their budgets
Head
Back
Offhand
Armor
Belt 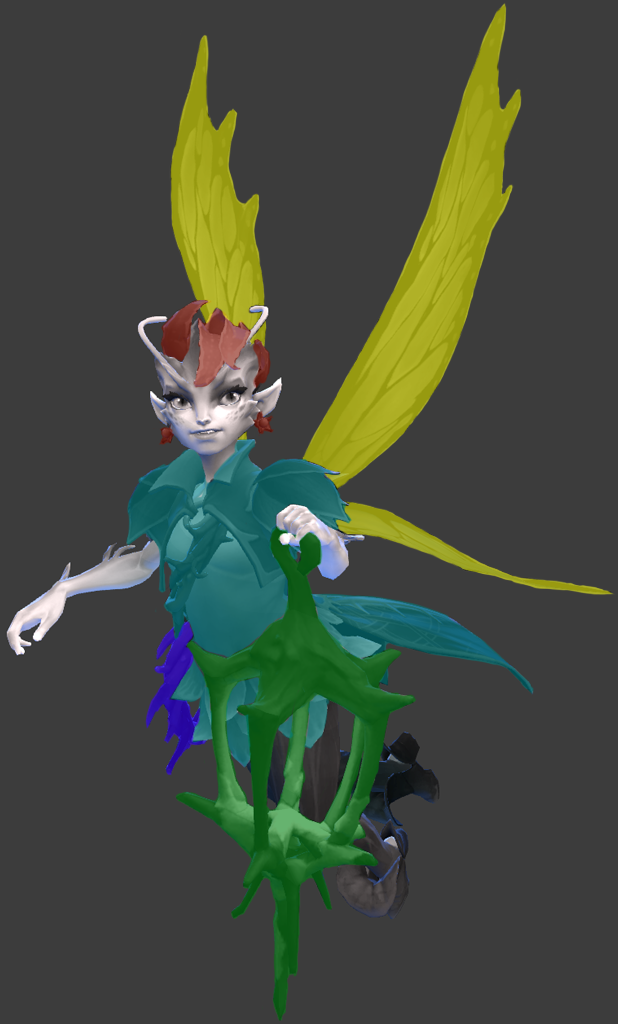