Even among magical beasts, a twin-headed dragon is a freak. Equal parts ice and fire, cunning and rage, the creature known as Jakiro glides over charred and ice-bound battlefields, laying waste to any who would bear arms against it. Pyrexae dragon clutches always contain two fledglings. Famous for their viciousness even from the first moments of life, newly hatched dragons of this species will try to kill their sibling while still in the nest. Only the strongest survive. In this way is the strength of the Pyrexae line ensured. By some accident of nature, the freak Jakiro hatched from a single egg, combining in a single individual the full range of abilities found within the diverse Pyrexae species. Trapped within the armature of its monstrous body, the powers of ice and fire combine, and now no enemy is safe.
Model and texture files
Use the hero model to see your item in context. Download Jakiro model
Item slots and their budgets
Right Head
Left Head
Wings
Tail 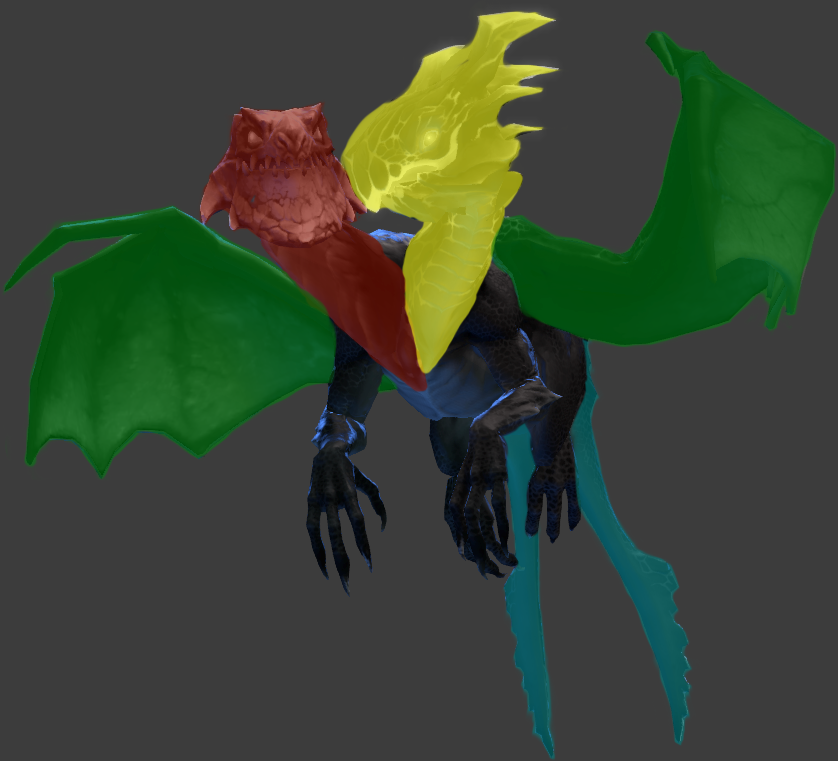