Terrorblade is the demon marauder--an outlaw hellion whom even other demons fear. A cosmic iconoclast, he stole from the Demon Lords, ignored the codified rites that should have bound his behavior, and broke every law of the seven Infernal Regions. For his crimes, he was taught this lesson: even Hell has a hell. A short, brutal trial ensued, with many dead on all sides, and he was finally incarcerated in Foulfell, a hidden dimension where demonkind imprison their own.

But Foulfell is no normal prison. In this dark mirror of reality, demons are sentenced to gaze eternally into the twisted reflection of their own souls. But instead of suffering, Terrorblade made himself master of his own reflected worst self--a raging, thieving demon of unimaginable power. With his inner beast under sway, he destroyed the fractal prison walls and burst free to turn his terror loose upon all creation.
Model and texture files
Use the hero model to see your item in context. Download Terrorblade model
Item slots and their budgets
Head
Back
Weapon
Armor
Demon Form (Ability 3) 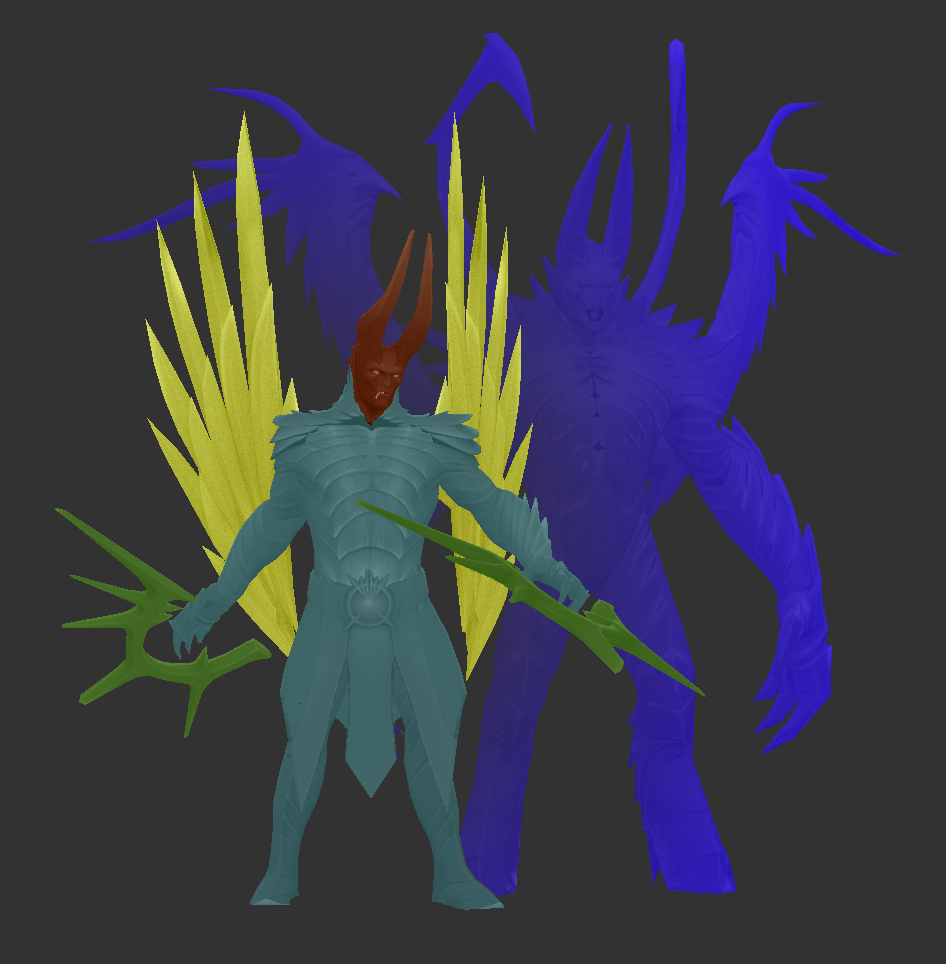