Before the beginning of all, there existed a presence: a primordial mind, infinite, awesome, and set to inscrutable purpose. As the universe thundered into being, this mind was fragmented and scattered. Two among its greater fragments--who would come to be named Radiant and Dire--found themselves locked in vicious opposition, and began twisting all of creation to serve their conflict.

As war and cataclysm threatened the nascent cosmos, the will of a third fragment made itself known. Naming itself Zet, this intellect sought to resolve the disharmony and return all to perfect unity. Appalled by its kin's conflicting nature, Zet gathered the sum of its power. In a sudden flash, it overwhelmed its siblings, and fused the warring aspects into a stellar sphere before hurling them into the darkness to orbit a nondescript world. Harmony was restored, though only the barest fraction of Zet's strength remained. Setting its gaze on the prison, Zet chose to use its weakened power to serve as watchful warden until time's end. For uncounted aeons, this vigil stood.

Life flourished upon the world below, oblivious to the dangers imprisoned within the softly glowing moon, or of Zet's struggles to contain them. As the captives' eternal clash reverberated within, the surface of the prison shuddered, over time beginning to crack. Ultimately, Zet's depleted power proved insufficient to contain the breach, and at last the moon was shattered. The prison's ancient inhabitants had escaped to sow their conflict anew.

Flung to the farthest reaches by the prison's explosion, Zet was transformed by the dissonant energies of its former captives. No longer of single form and thought, its presence had become split among many--some lesser, some greater--each connected by a fleeting arc of consciousness. Struggling to suppress its own disunity, Zet sped toward the burgeoning conflict of its siblings, bending its fractured wills toward a singular conclusion: the aspects of the primordial mind must be made to reunite, or all must be destroyed lest the conflict spread further...
Model and texture files
Use the hero model to see your item in context. Download Arc Warden model
Item slots and their budgets
Head
Shoulders
Arms
Back 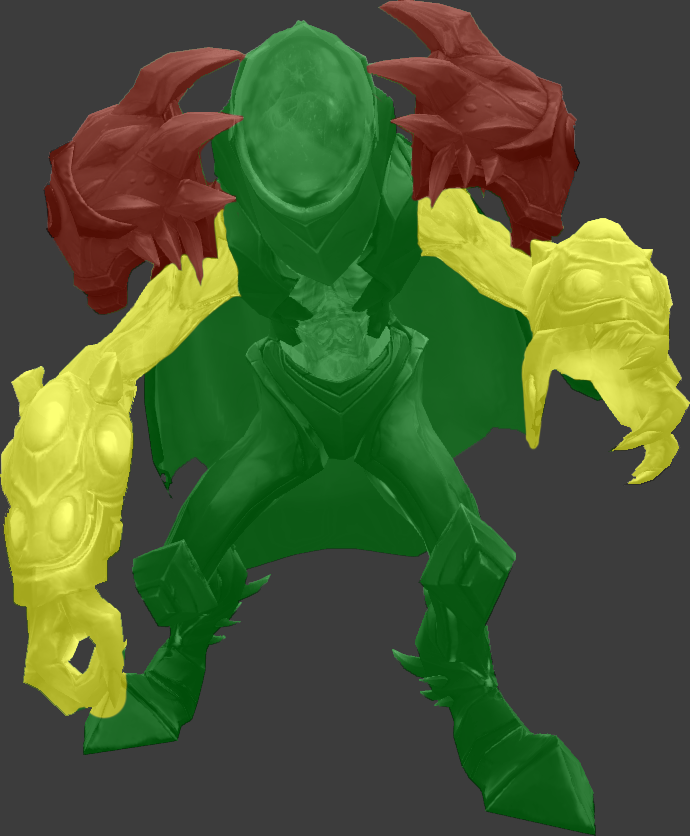