He that burns and is not consumed, devours and is never sated, kills and is beyond all judgment--Lucifer brings doom to all who would stand against him. Bearing away souls on the tip of a fiery sword, he is the Fallen One, a once-favored general from the realm behind the light, cast out for the sin of defiance: he would not kneel.

Six times his name was tolled from the great bell of Vashundol. Six and sixty times his wings were branded, until only smoking stumps remained. Without wings, he slipped loose from the tethers that bound him within the light and he fell screaming to earth. A crater in the desert, Paradise lost. Now he attacks without mercy, without motive, the only living being able to move freely between the seven dark dominions. Lashed by inescapable needs, twisted by unimaginable talents, Doom carries his own hell with him wherever he goes. Defiant to the last. Eventually, the world will belong to Doom.
Model and texture files
Use the hero model to see your item in context. Download Doom model
Item slots and their budgets
Head
Shoulders
Arms
Back
Weapon
Belt
Tail 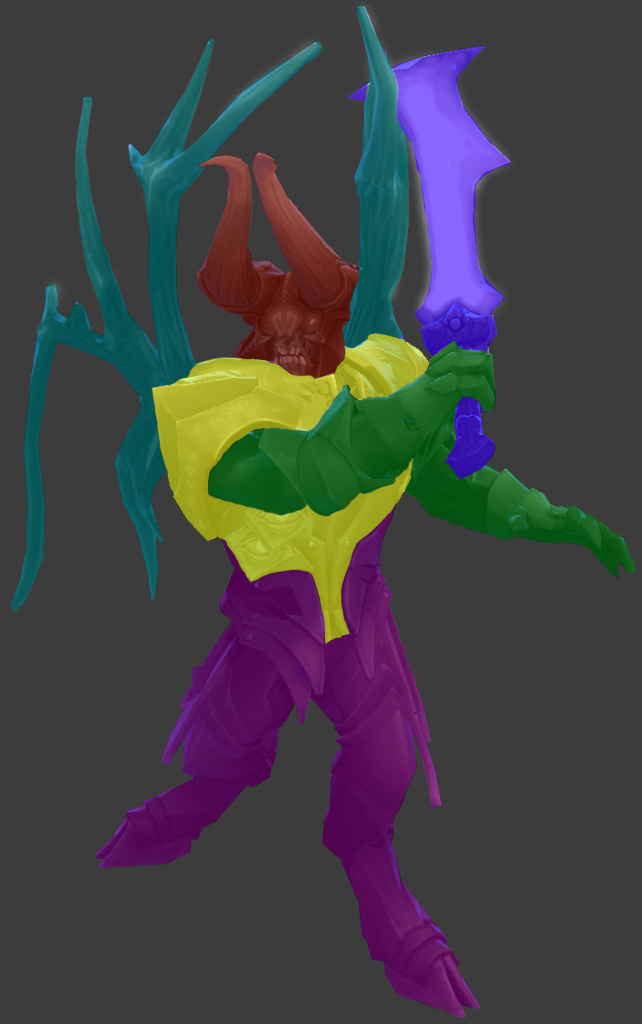