The King Has Arrived

Always in search of a good fight, Monkey King travels atop the trees aiming to spring from leafy cover and surprise his enemies. Calling upon an army of monkey soldiers to overwhelm opponents, this agile trickster revels in the chaos of battle, ready to slam his legendary staff down on any hopes of escape.

Always, his nature would lead him to trouble.
The Monkey King was born for mischief...

For 500 years the mountain pressed down upon him, a stonewrought prison summoned by the elder gods to halt his childish rebellion. But, as the stories go, the Monkey King cannot die. So he waited. Until the gods came to offer a chance at absolution, he endured, and accepted their charge to protect a young mortal on an arduous journey as the price of his freedom. Released from confinement, Wukong fulfilled his oaths with honor, and came to sit amongst the gods in good favor. Soon they would find, however, that not all souls warm to divine meditation—the Monkey King craves adventure and glory, and it's time some new stories were told.

Monkey King enlarges his staff and slams it against the ground, stunning enemies in a line and dealing a critical strike based on his attack.

Monkey King leaps along the treetops, looking for his next chance to spring into the fight. Provides the Primal Spring ability.

From his hidden vantage in the treetops, Monkey King leaps into combat, slowing and damaging any enemies in the area of impact based on how long he channeled.

Monkey King charges his legendary staff with power as he strikes his enemies, gaining bonus damage and lifesteal for a limited number of attacks.

An innate power, Monkey King changes his form to deceive his enemies, using his surroundings as inspiration for the disguise.

Monkey King blows a tuft of fur onto the battlefield, summoning a formation of monkey soldiers to join him in the fight.

The King Holds Court In

Only by winning the war of the Ancients can Sun Wukong finally gain dominion over the elder gods that hold him in check. The clash to decide the fate of the world awaits him, if he doesn't get too distracted along the way...

Journey To New Lands With The

Replace your old stomping grounds with the lands of The King's New Journey, a brand-new equippable terrain now available for purchase. 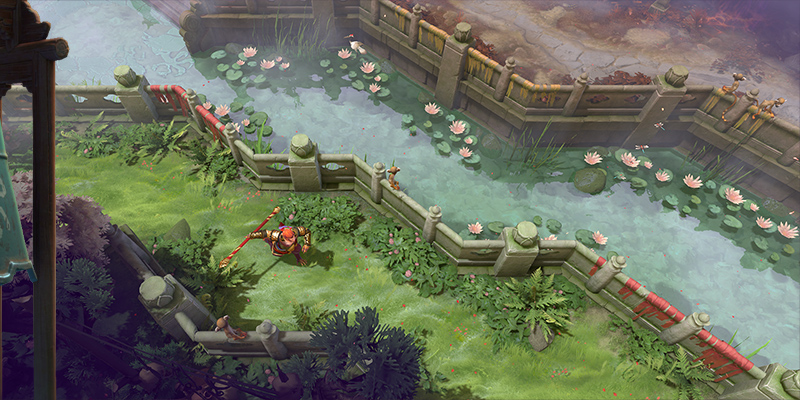 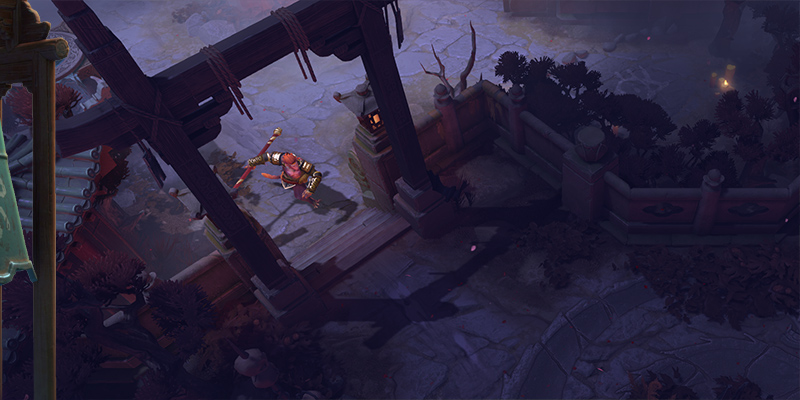 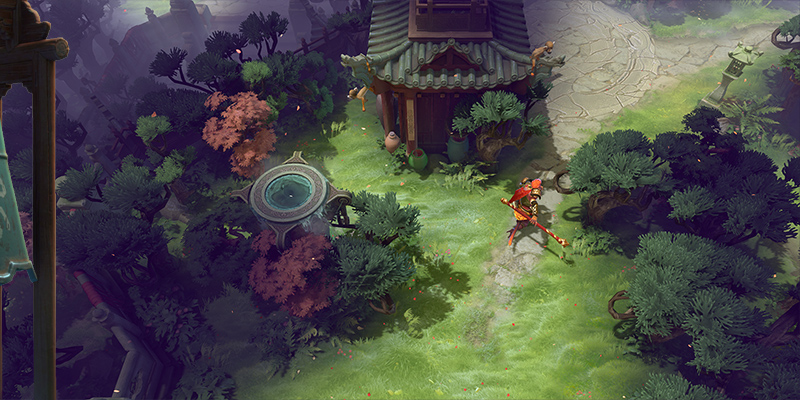 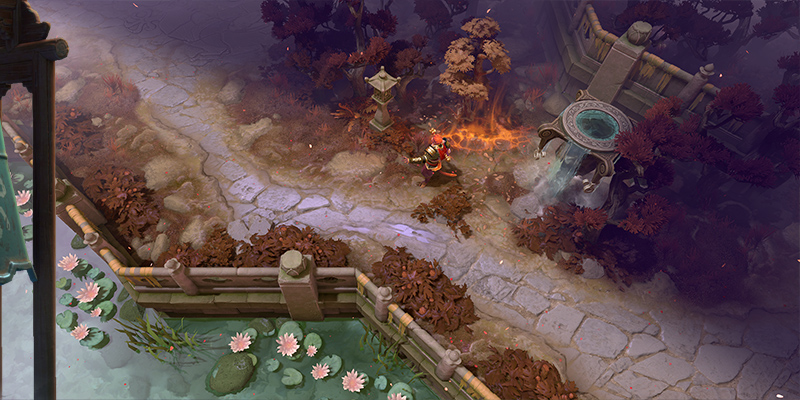 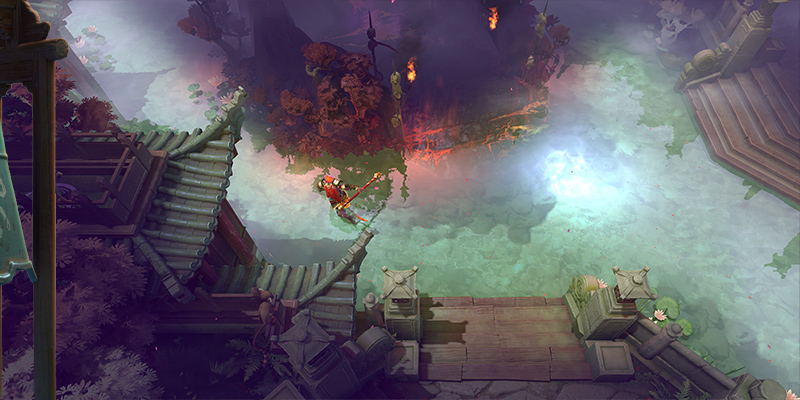 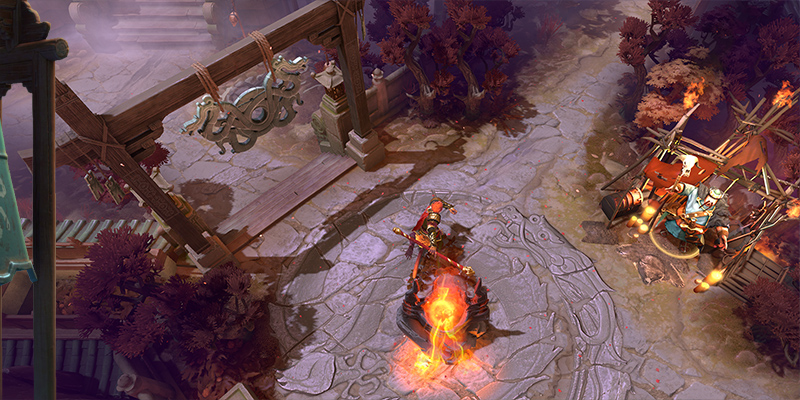 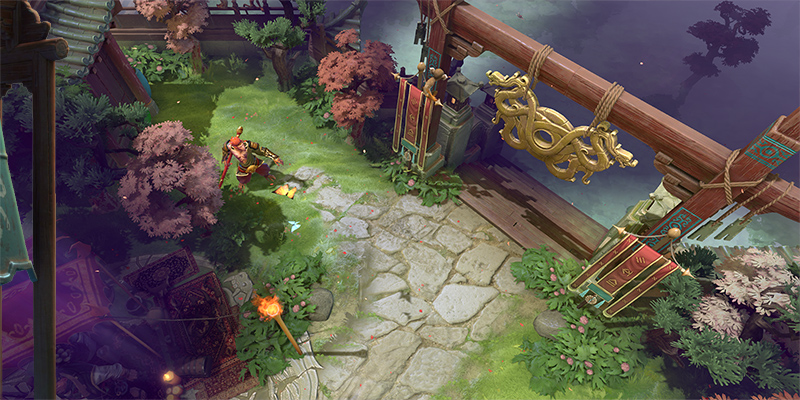 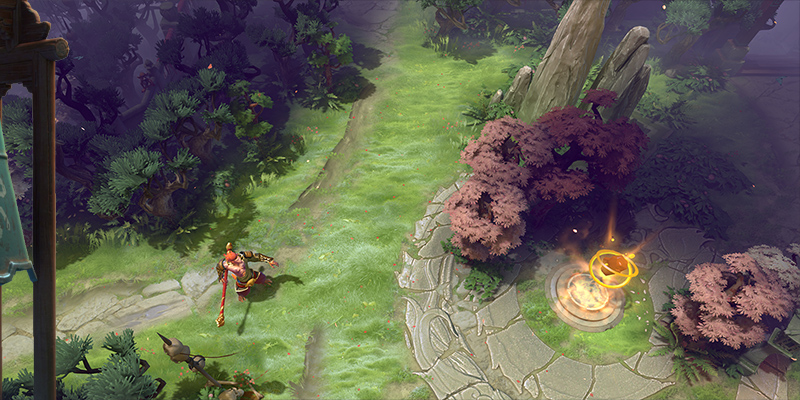 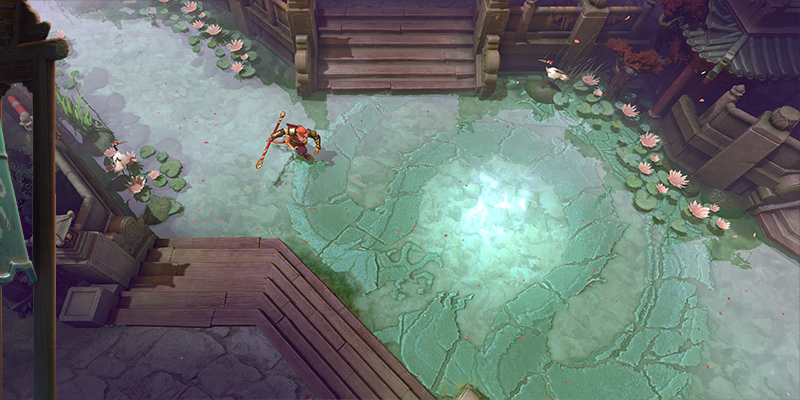 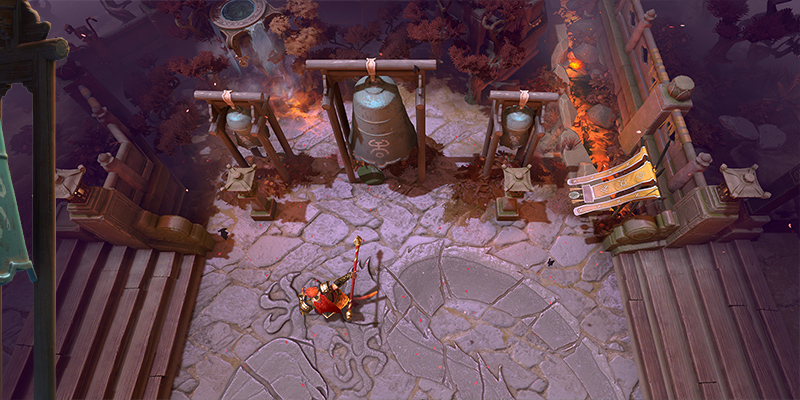 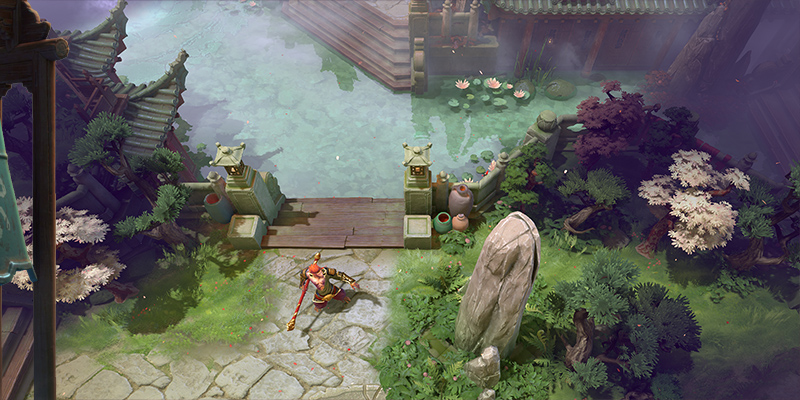 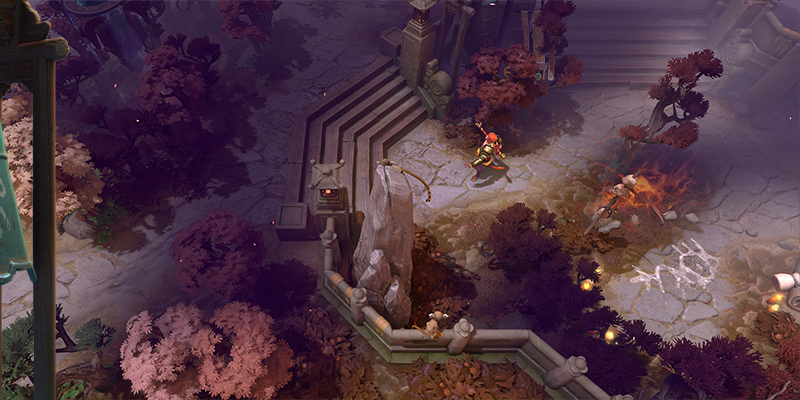 Relive three epic trials from his earliest adventures with the Great Sage's Reckoning, a new Arcana item for Monkey King featuring four dynamic styles that change depending on the level of his Ultimate ability, altered voice effects to match each journey, special animations, and more.

The oldest tales say he hatched from a magic stone, bursting one day from a massive boulder that had borne silent witness to the entirety of creation. But only children and fools put stock in such things.

Rumble in the Deep

To seek a weapon worthy of his talents, Sun Wukong called upon the King of the Eastern Seas, known hoarder of many great treasures lost to the lands above. He found a gold-banded staff of remarkable dimensions shining in the blackest depths.

Not content to live as the greatest warrior of his own time, Sun Wukong traversed the path to the underworld to steal his name from the Book of Life and Death and become a living legend for all of time. But nothing comes without its price.

Determined to restore balance to nature and prevent further crimes, Sun Wukong's enemies conspired to lock him in a furnace, intending to purge his heavenly powers in the purifying flames of the Eternal Crucible. The flames only made him stronger.

When equipped, this item grants the following custom upgrades to Monkey King:

Buy Now If purchased by January 31st, you will receive an 'EXALTED' quality on this item.

Read More About The Trials In

Legends of The Monkey King - Comic

Even three tales amongst a thousand of the Monkey King's exploits put the careers of most great heroes to shame. This legend lives on for a reason...

No one knows more about a good fight than Sun Wukong. Replace the default announcer and killing spree with the biting commentary of the Monkey King.