As a grunt in the Army of Red Mist, Mogul Khan set his sights on the rank of Red Mist General. In battle after battle he proved his worth through gory deed. His rise through the ranks was helped by the fact that he never hesitated to decapitate a superior. Through the seven year Campaign of the Thousand Tarns, he distinguished himself in glorious carnage, his star of fame shining ever brighter, while the number of comrades in arms steadily dwindled. On the night of ultimate victory, Axe declared himself the new Red Mist General, and took on the ultimate title of 'Axe.' But his troops now numbered zero. Of course, many had died in battle, but a significant number had also fallen to Axe's blade. Needless to say, most soldiers now shun his leadership. But this matters not a whit to Axe, who knows that a one-man army is by far the best.
Model and texture files
Use the hero model to see your item in context. Download Axe model
Item slots and their budgets
Head
Weapon
Armor
Belt
Misc 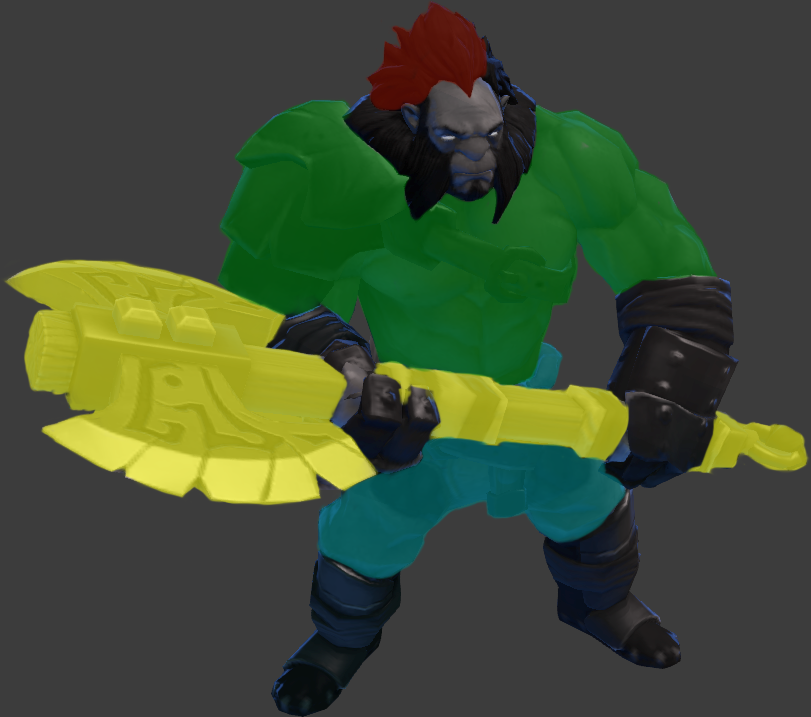