Never one to turn his back on a fight, Rigwarl was known for battling the biggest, meanest scrappers he could get his hands on. Christened Bristleback by the drunken crowds, he waded into backroom brawls in every road tavern between Slom and Elze, until his exploits finally caught the eye of a barkeep in need of an enforcer. For a bit of brew, Bristleback was hired to collect tabs, keep the peace, and break the occasional leg or two (or five, in the case of one unfortunate web-hund).

After indulging in a night of merriment during which bodily harm was meted out in equal parts upon both delinquent patrons and his own liver, Bristleback finally met his match. "Your tusks offend me, sir," he was heard to drunkenly slur to one particularly large fellow from the northern wastes whose bill had come due. What followed was a fight for the ages. A dozen fighters jumped in. No stool was left unbroken, and in the end, the impossible happened: the tab went unpaid. Over the weeks that followed, Bristleback's wounds healed, and his quills grew back; but an enforcer's honor can be a prickly thing. He paid the tab from his own coin, vowing to track down this northerner and extract redemption. And then he did something he'd never done before: he actually trained, and in so doing made a startling discovery about himself. A smile peeled back from his teeth as he flexed his quills. Turning his back to a fight might be just the thing.
Model and texture files
Use the hero model to see your item in context. Download Bristleback model
Item slots and their budgets
Head
Neck
Arms
Back
Weapon 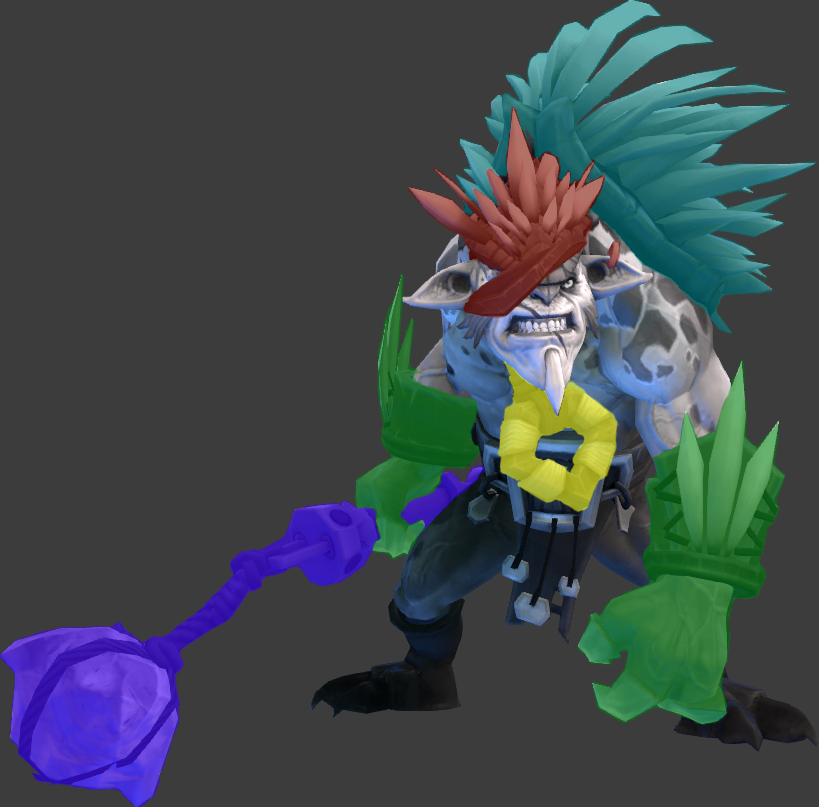