No one has ever seen the face hidden beneath the mask of Yurnero the Juggernaut. It is only speculation that he even has one. For defying a corrupt lord, Yurnero was exiled from the ancient Isle of Masks--a punishment that saved his life. The isle soon after vanished beneath the waves in a night of vengeful magic. He alone remains to carry on the Isle's long Juggernaut tradition, one of ritual and swordplay. The last practitioner of the art, Yurnero's confidence and courage are the result of endless practice; his inventive bladework proves that he has never stopped challenging himself. Still, his motives are as unreadable as his expression. For a hero who has lost everything twice over, he fights as if victory is a foregone conclusion.
Model and texture files
Use the hero model to see your item in context. Download Juggernaut model
Item slots and their budgets
Head
Arms
Back
Weapon
Legs
Ability 2 (Healing Ward) 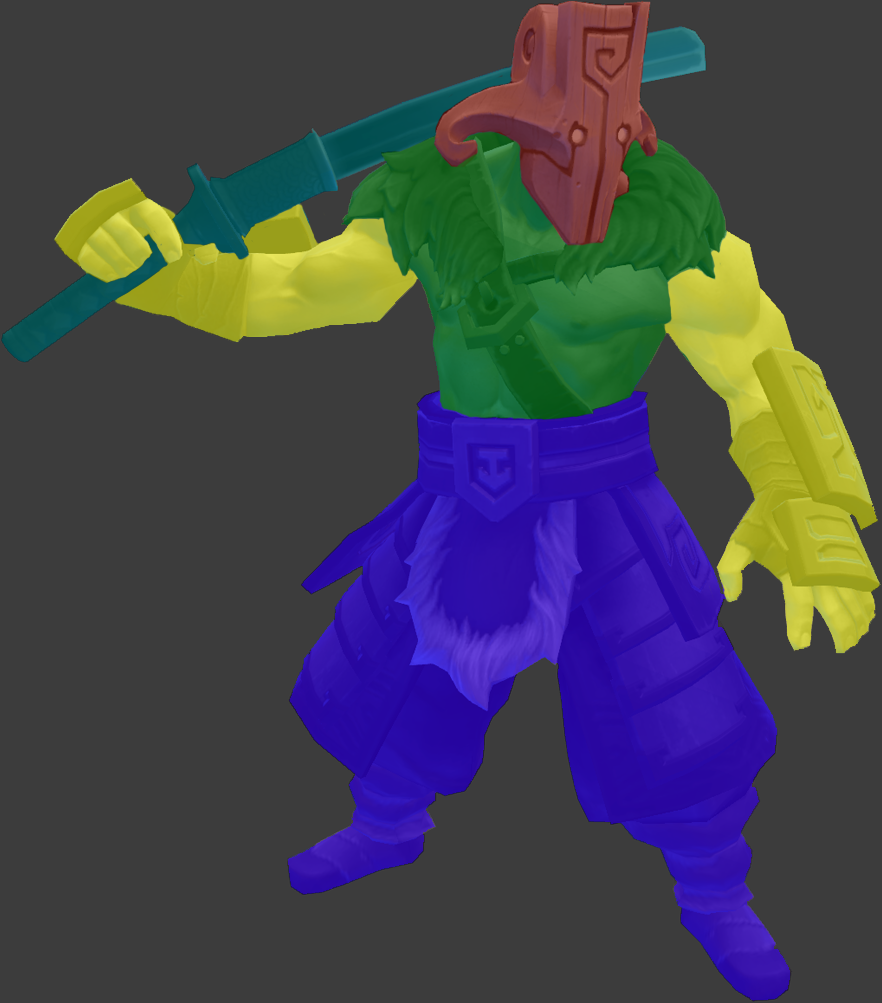