Through a process of divination, children are selected for upbringing by the Sisters of the Veil, an order that considers assassination a sacred part of the natural order. The Veiled Sisters identify targets through meditation and oracular utterances. They accept no contracts, and never seem to pursue targets for political or mercenary reasons. Their killings bear no relation to any recognizable agenda, and can seem to be completely random: A figure of great power is no more likely to be eliminated than a peasant or a well digger. Whatever pattern the killings may contain, it is known only to them. They treat their victims as sacrifices, and death at their hand is considered an honor. Raised with no identity except that of their order, any Phantom Assassin can take the place of any other; their number is not known. Perhaps there are many, perhaps there are few. Nothing is known of what lies under the Phantom Veil. Except that this one, from time to time, when none are near enough to hear, is known to stir her veils with the forbidden whisper of her own name: Mortred.
Model and texture files
Use the hero model to see your item in context. Download Phantom Assassin model
Item slots and their budgets
Head
Shoulders
Back
Weapon
Belt
Head (Persona) 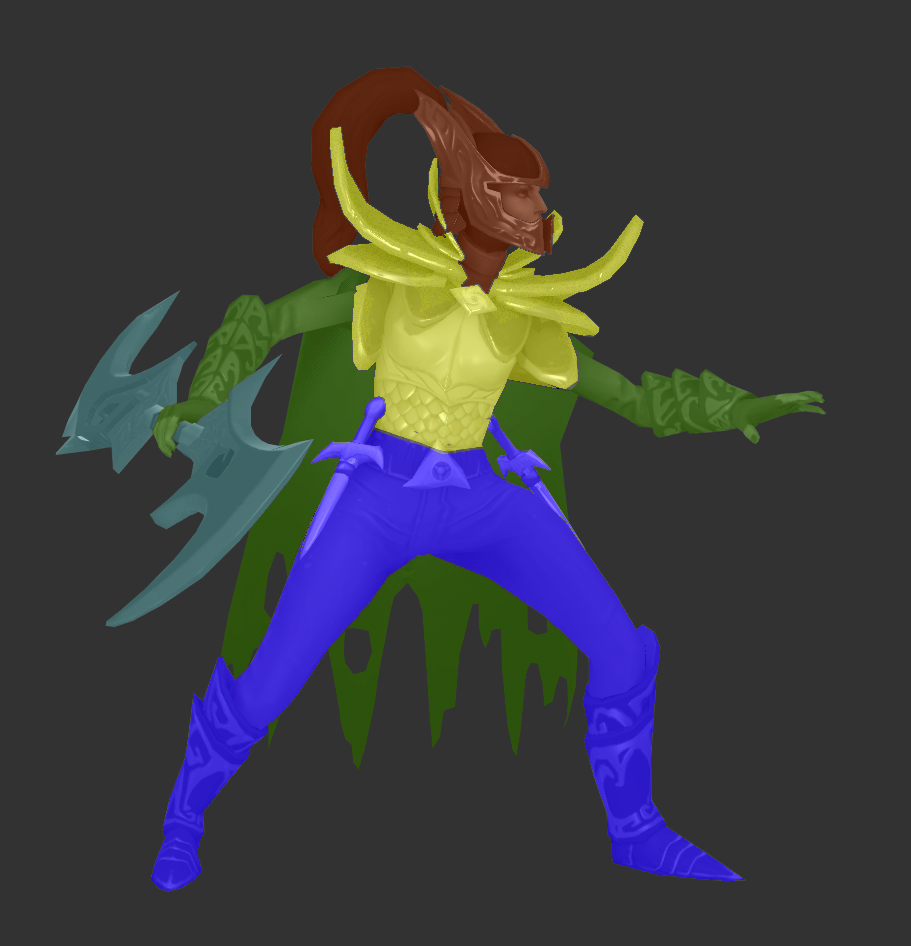