Mars, first son of heaven, spent a long existence waging endless war, and saw countless more crusades waged beneath the banner of his old name. Wars of conquest and of vengeance. Just and unjust... Always cruel. So much like his father, Mars indulged his basest impulses--with inclinations much more monstrous than those of Zeus--and he inflicted suffering untold.

But as the epochs vanished behind him, the selfish ways of his father--the ways of many amongst his godly kin, they who judged him despicable--eventually began to ring hollow. War for its own sake was no longer enough to satisfy his desires. For the first time in his ageless days, the god of war began to question to what ends he swung his glorious spear.

As the Fates would have it, his solution came easily: he must wage war for a larger purpose, and inspire more than mere savagery and sorrow at the sight of his crest. He must at last lay claim to the mantle of leadership that is his birthright, for the time has come to burn down the pantheon of the old age and build a just new empire atop the ashes of his kin. Only then might he find satisfaction, and make the glory of Mars evident to all.
Model and texture files
Use the hero model to see your item in context. Download Mars model
Item slots and their budgets
Weapon
Weapon Offhand
Armor
Legs 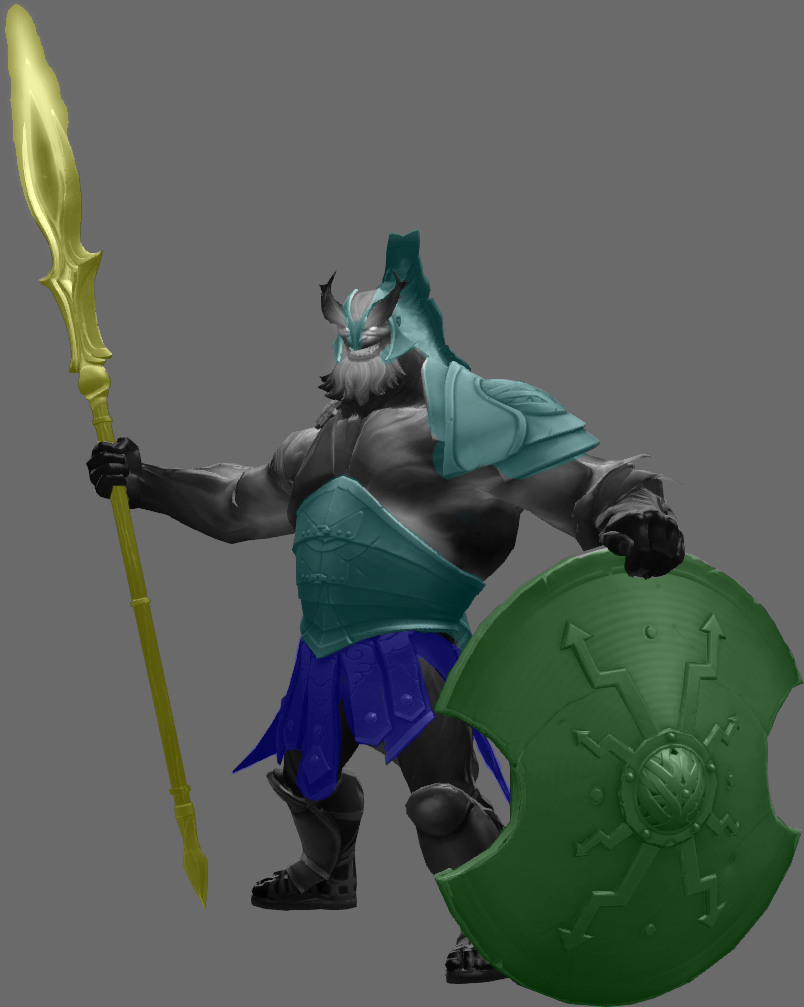