The sacred science of Chymistry was a Darkbrew family tradition, but no Darkbrew had ever shown the kind of creativity, ambition, and recklessness of young Razzil. However, when adulthood came calling he pushed aside the family trade to try his hand at manufacturing gold through Alchemy. In an act of audacity befitting his reputation, Razzil announced he would transmute an entire mountain into gold. Following two decades of research and spending and preparation, he failed spectacularly, quickly finding himself imprisoned for the widespread destruction his experiment wrought. Yet Razzil was never one to take a setback lightly, and sought escape to continue his research. When his new cellmate turned out to be a fierce ogre, he found just the opportunity he needed. After convincing the ogre not to eat him, Razzil set about carefully concocting a tincture for it to drink, made from the moulds and mosses growing in the prison stone work. In a week's time, it seemed ready. When the ogre drank the potion, it flew into an unstoppable berserker rage, destroying the cell bars and exploding through walls and guards alike. They soon found themselves lost somewhere in the forest surrounding the city with a trail of wreckage in their wake and no signs of pursuit. In the tonic's afterglow, the ogre seemed serene, happy, and even eager. Resolving to work together, the pair set off to collect the materials needed to attempt Razzil's Alchemic transmutation once more.
Model and texture files
Use the hero model to see your item in context. Download Alchemist model
Item slots and their budgets
Goblin Hat (Neck)
Shoulders
Arms
Goblin Body (Back)
Weapon
Goblin Weapon (Offhand Weapon)
Saddle (Armor) 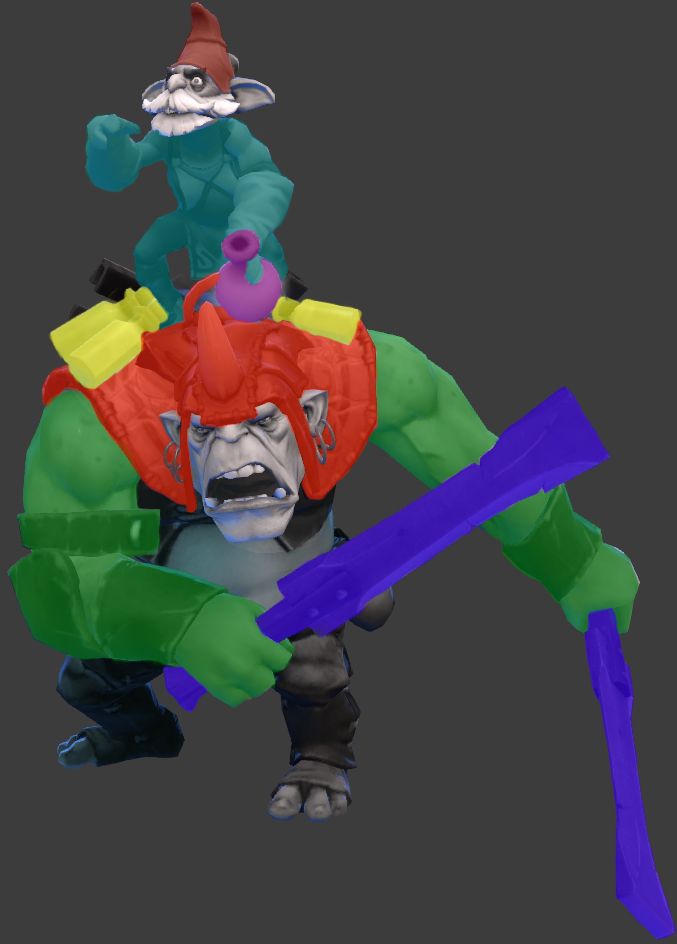