Slardar is a Slithereen, one of the Deep Ones, guardian of a vast network of sunken cities and the ancient riches buried within them. In the lightless gulf of the deepest ocean abysses, the Slithereen Guard patrols secret treasure rooms, ever vigilant against the subaqueous thieves sent into the deeps by covetous dryland sorcerers. He is utterly loyal, and his taciturn nature hides deep knowledge of the most secret places of the sea. He rises to the shallows in spite of the pain caused him by brightness, to commit reconnaissance, to make sure no one is conspiring against the depths, and sometimes in relentless pursuit of the rare few who manage to steal off with an item from the Sunken Treasury. Because he has spent his whole life at great pressure, under tremendous weight of the sea, Slardar the Slithereen Guard is a creature of immense power.
Model and texture files
Use the hero model to see your item in context. Download Slardar model
Item slots and their budgets
Head
Arms
Back
Weapon 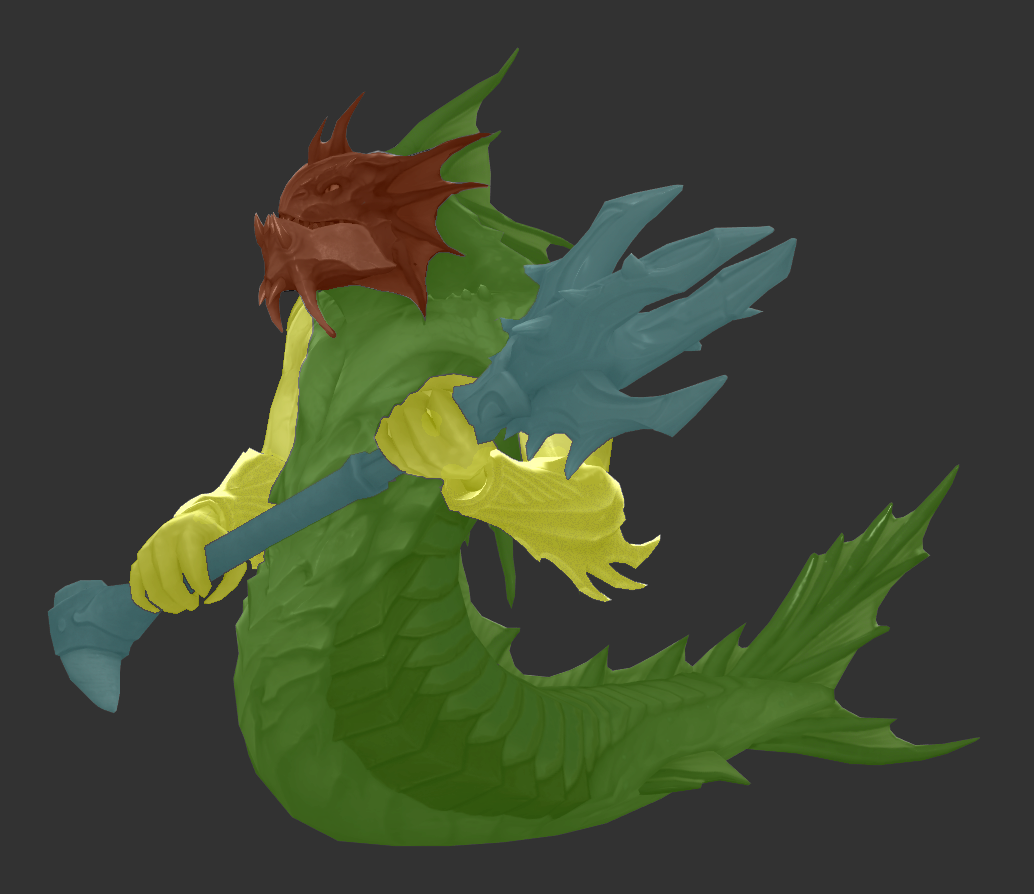