As Chief Curator and Head of Acquisitions for the Arcane Archives of the Ultimyr Academy, Demnok Lannik was tireless in his pursuit of lost, rare and forbidden tomes. No cursed temple was so foreboding, no cavern path so treacherous, that any concern for his own survival could dissuade him from entering if rumors hinted that some pamphlet of primordial lore might still survive in its depths. However, so often did his investigations trigger the wrath of protector entities, that he finally found it necessary to master the arts of magic. He bent himself to learning sorcery with the same thorough obsessiveness that marked his quest for incunabula, becoming the most powerful Warlock of the Academy in less time than most practitioners required to complete a course of undergraduate work. Almost as an afterthought, he carved a staff of Dreadwood and summoned into it a captive spirit from the Outer Hells. And anticipating the day when he will have recovered every last lost spellbook, he has commenced writing his own Black Grimoire. It will undoubtedly be instructive.
Model and texture files
Use the hero model to see your item in context. Download Warlock model
Item slots and their budgets
Head
Shoulders
Arms
Back (Robe)
Weapon
Weapon Offhand
Belt
Golem (Ultimate) 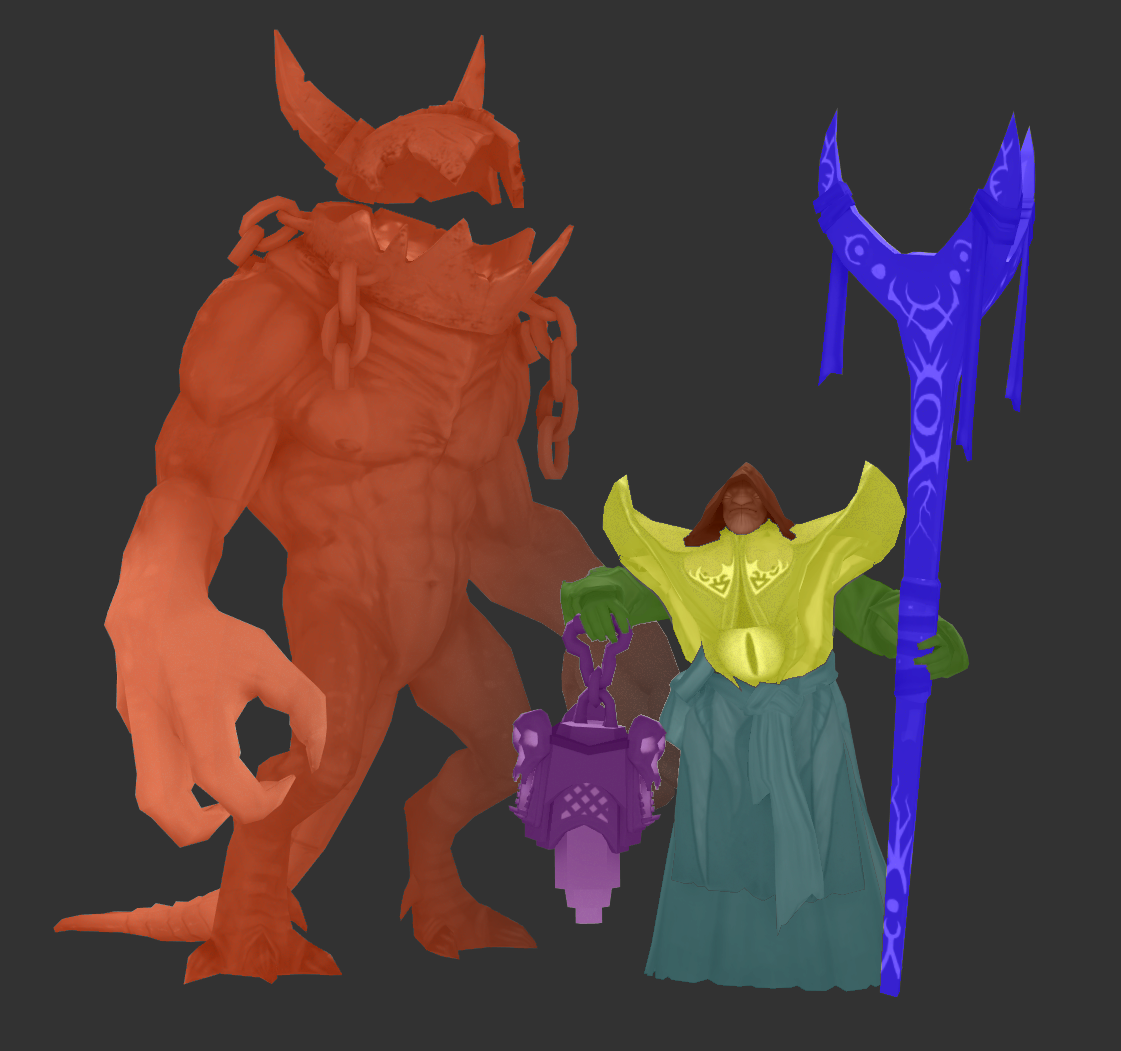